"Whether a thousand armies, a thousand horses or anything else, once you come to the other side I’ll command you under my banner!"

From the popular Chinese animated series “The Master of Diabolism” comes a 1/8th scale figure of Wei Wuxian!
The figure features Wei Wuxian in his Yi Ling Lao Zu appearance, commanding Fierce Corpses at the Burial Mounds. The scene’s desolate atmosphere has been faithfully captured in figure form.

Translucent helical effect parts representing vengeful spirits emerge from the base to support Wei Wuxian while surrounding the area. His flowing hair and outfit have been dynamic sculpted so as to appear blown by cold wintry winds of the Burial Mounds. Dark, shadowy areas of his black outfit have been faithfully captured with the use of jet black and dark gray paintwork while the lighter areas feature bluish black colors, making for a subtle yet intricate appearance.

The red color of the background and the black colors of his outfit make for a classic contrasting look. In particular, the translucent parts create a red effect that further enhances the figure’s balance of light and shadow. The stones scattered across the base of the figure feature detailed, realistic rough textures. Be sure to add him to your collection! 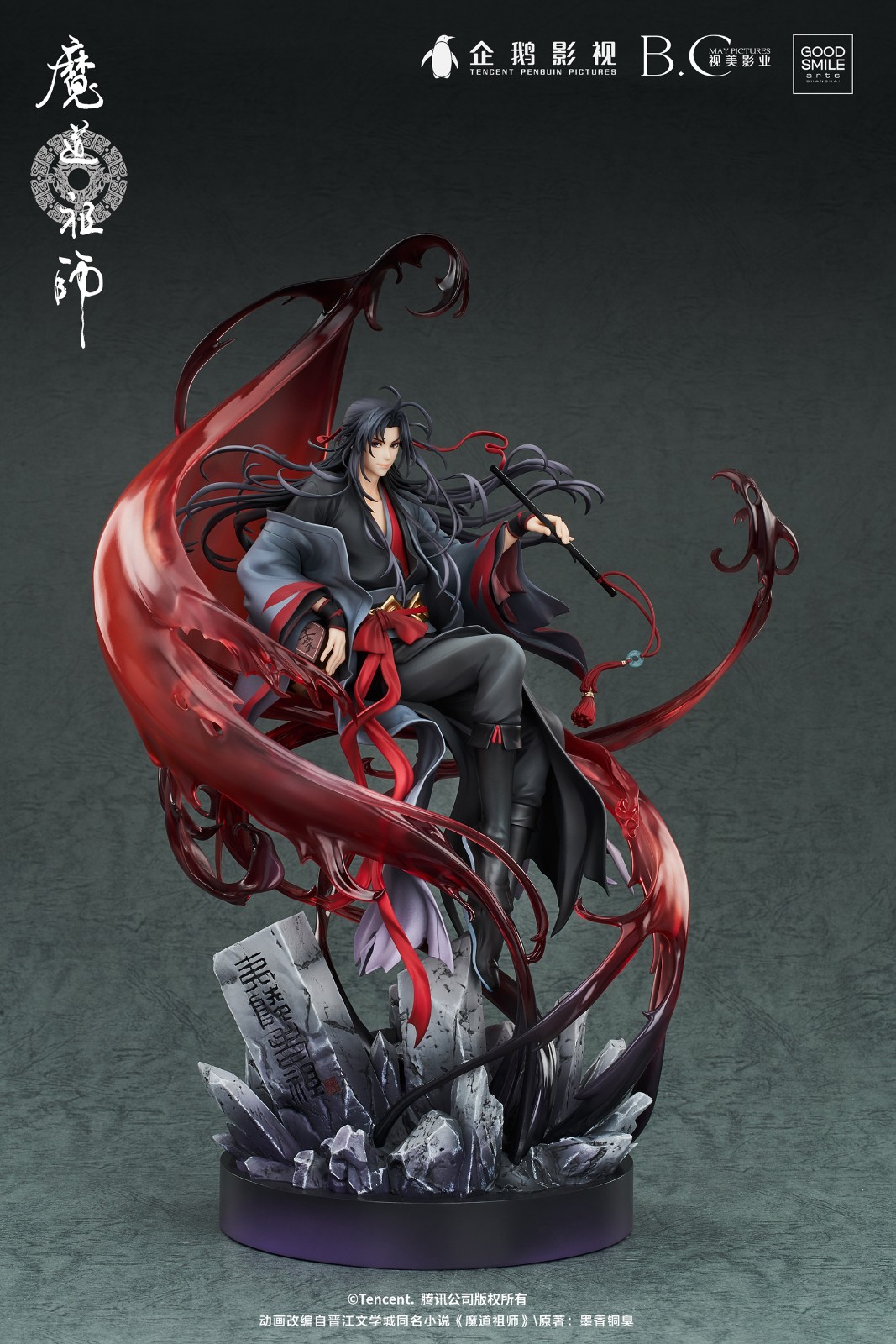 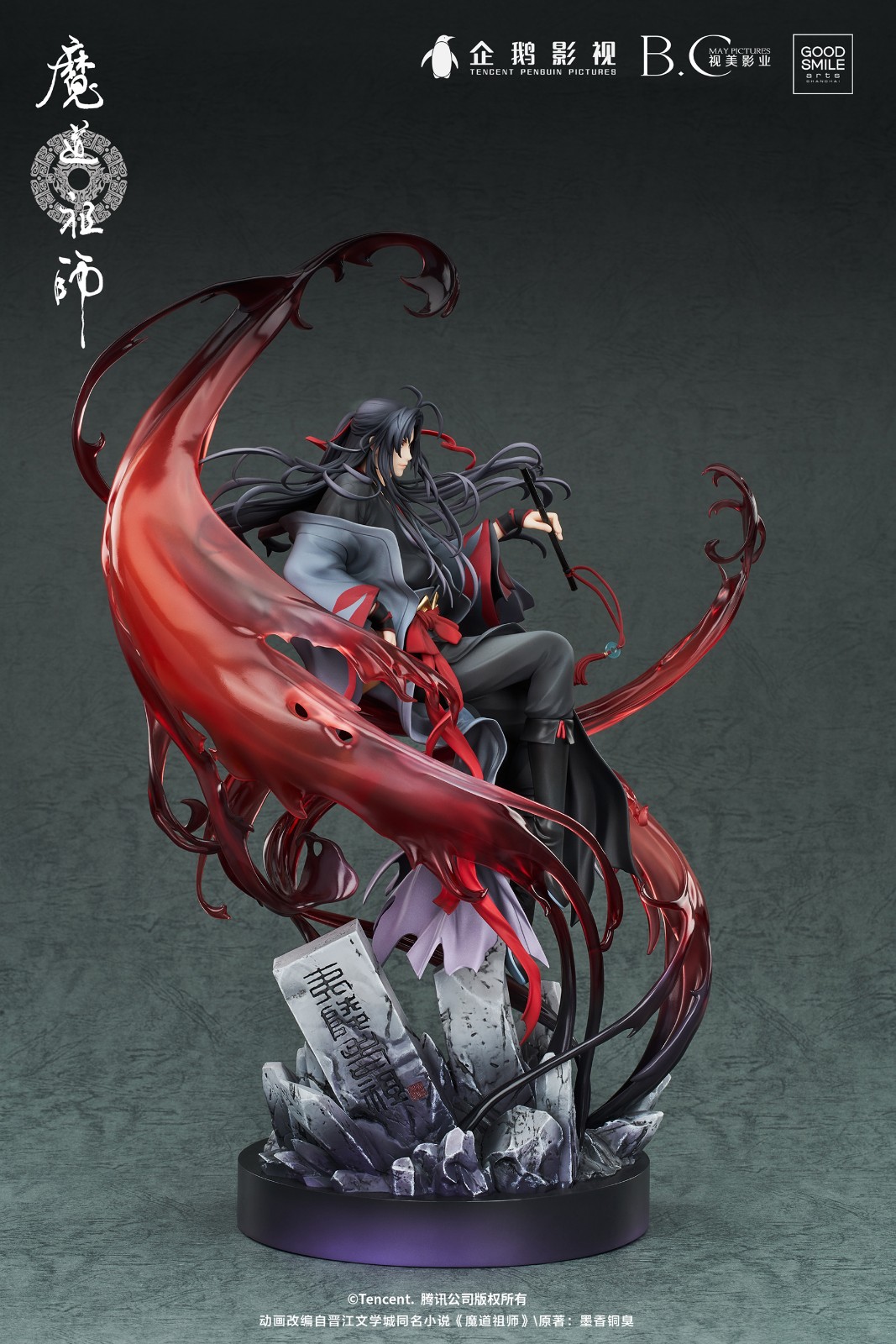 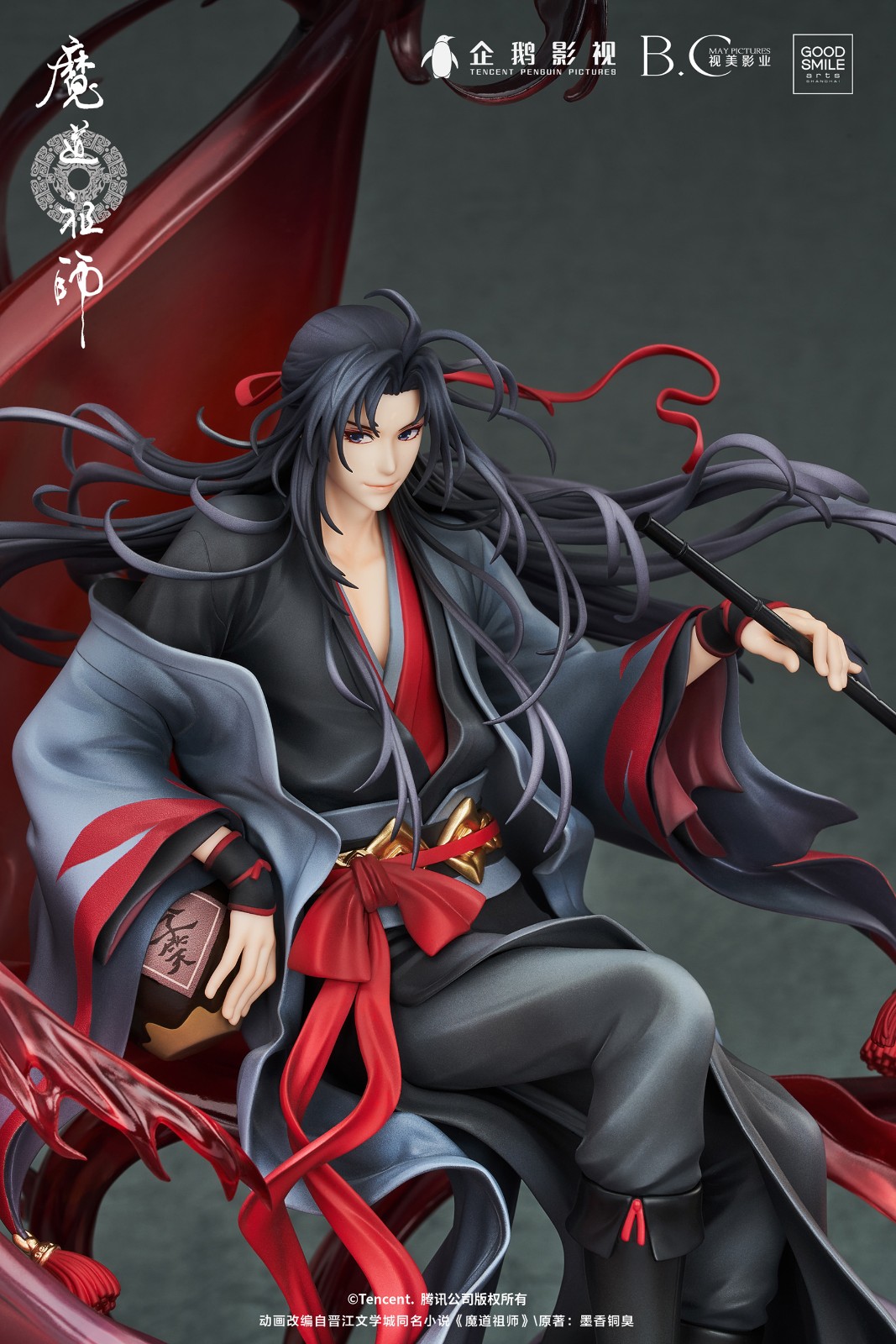 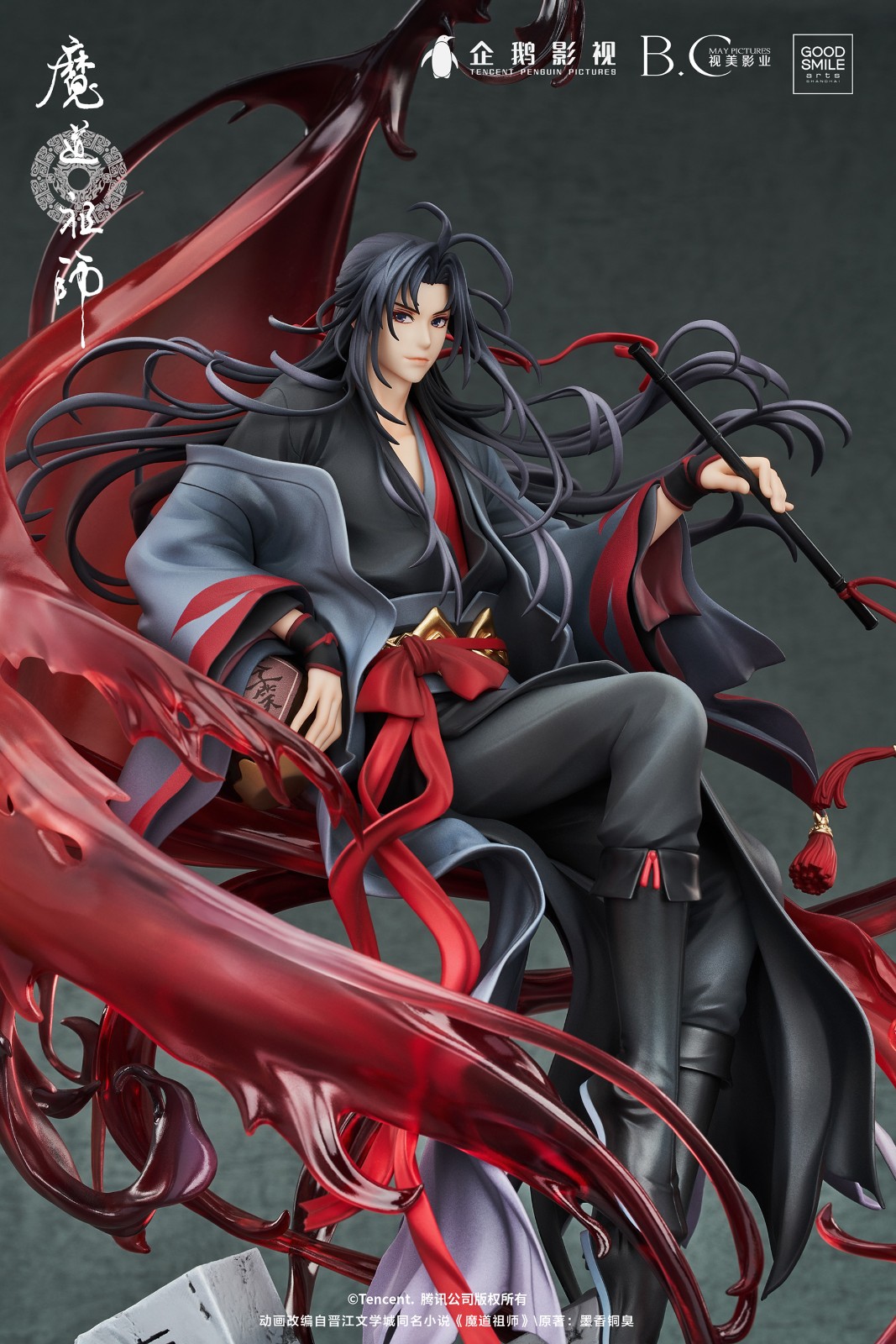